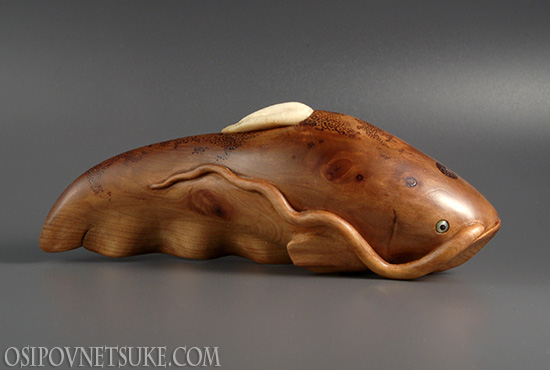 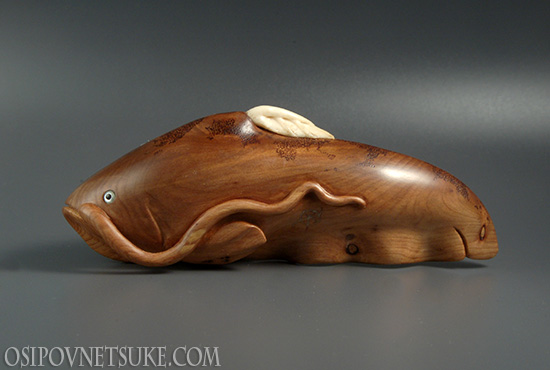 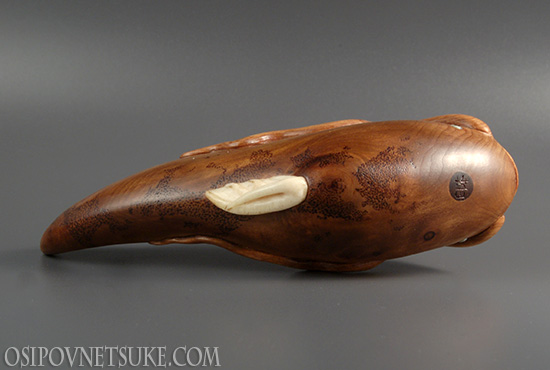 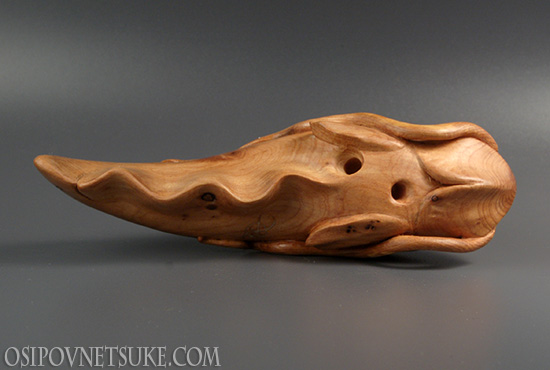 Catfish (order Siluriformes, 37 families, around 2,000 species) is known as Namazu Daimyojin (the Divine Lord) in Japanese mythology. According to the Shinto legends, Japanese islands are situated on the back of a gigantic namazu and when it moves it causes earthquakes and tsunami; thus namazu is also known as "earthquake fish".

The netsuke is carved from the Crimean juniper. A map of Japanese islands is engraved on its back using pyrography (wood burning) technique. Its wide forehead is decorated with a circular redwood inlay of Mexican manzanita (genus Arctostaphylos) with engraved kanji reading "Nihon", the hieroglyphical symbol of Japan - the Land of the Rising Sun.

Namazu's dorsal fin is made of a skull bone of red deer (Cervus elaphus), a.k.a. noble deer, one of the largest deer species in the world.