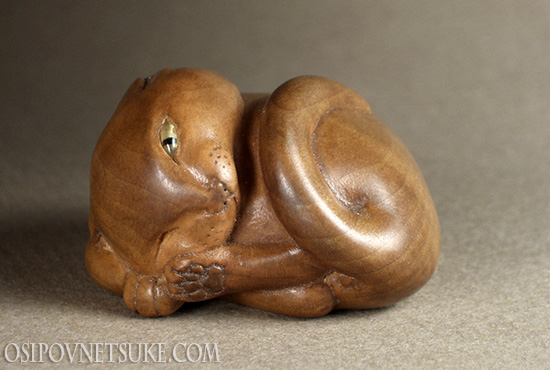 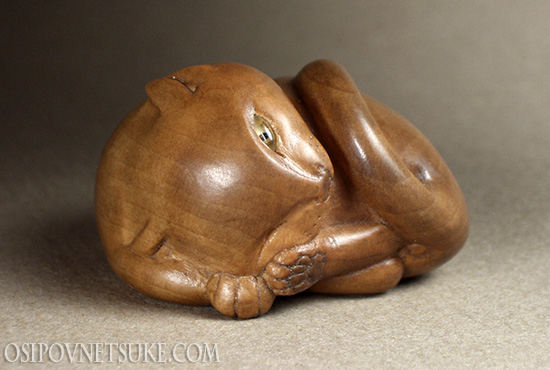 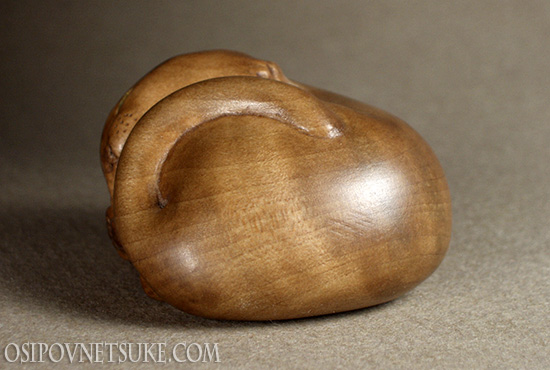 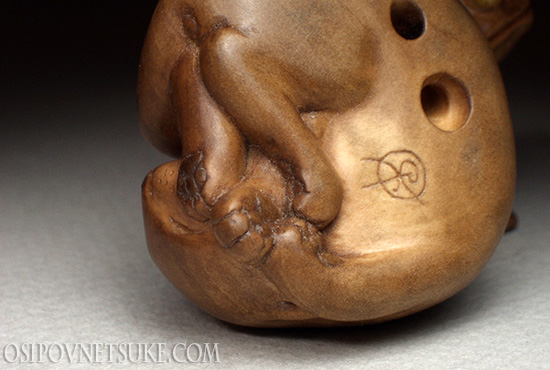 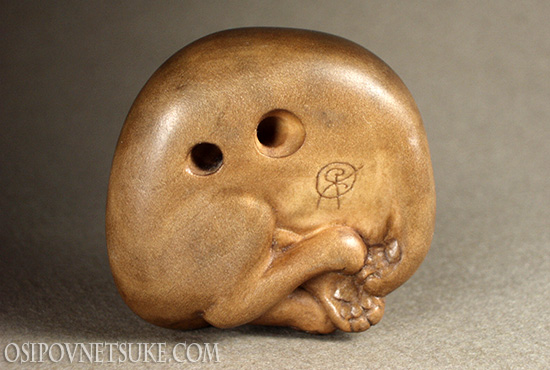 Cat has curled up and is asleep,
What a bliss!
But a quite mouse is careful...
S. O.

I wanted to reproduce the hunting qualities of a cat. His splendid inner dynamics...

I have a house cat. To tell you the truth he is a big loafer. He may lie in the sun the whole day. One can walk near by, calling him a thousand times while he lies under the peony bush, not even moving a whisker! He just turns from one side to another and stretches. But as soon as there is a finch or a sparrow near by, the cat undergoes a sudden transformation. Where did the sleepiness go? Movements become soft and careful. The cat is "flowing" as a graceful panther. His eyes are full of ardor. There is prey!!! But… alas! The bird has took flown away. In a few seconds the cat stands still, then turns around slowly, makes a couple steps toward the bushes and like a liquid spills over the soil… Delight! What a change!

This netsuke was carved from the wood of a white forest pear. The natural play of the wood fibers creates a magnificent effect representing the stripes on a cat's back. I tried to freeze the cat at the exact moment when his attention was drawn to a bird that landed nearby. One eye is half-open… Now, this is not a sleepy look anymore!

Unfortunately, flat photos do not express the charm of this piece of work. Pictures are lacking the stereoscopic effect of the live eyes. The cat's eyes are amber inlayed. Khimatoshi is on the bottom side. Signature.