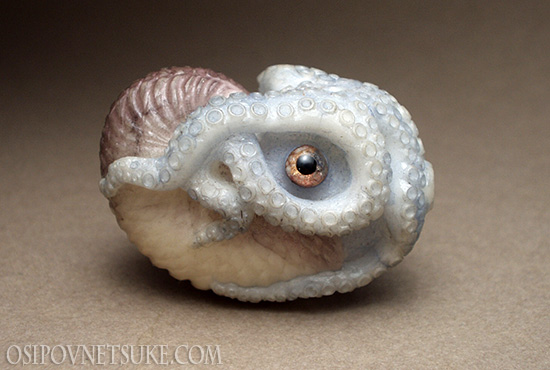 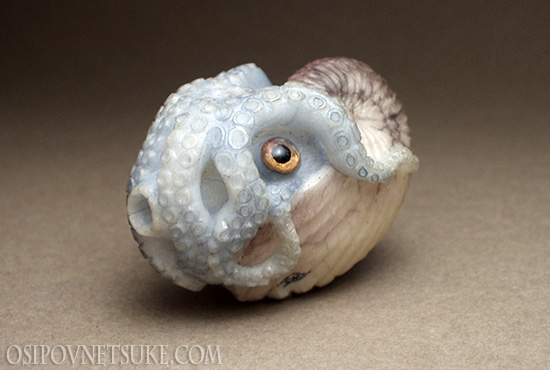 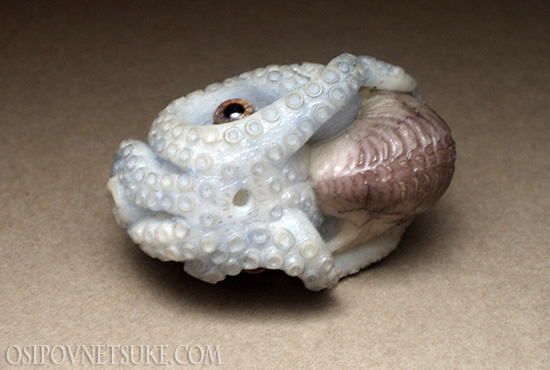 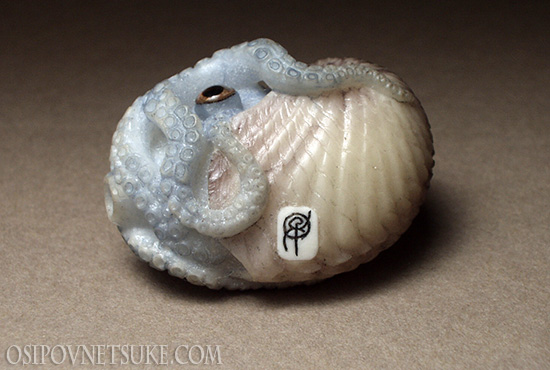 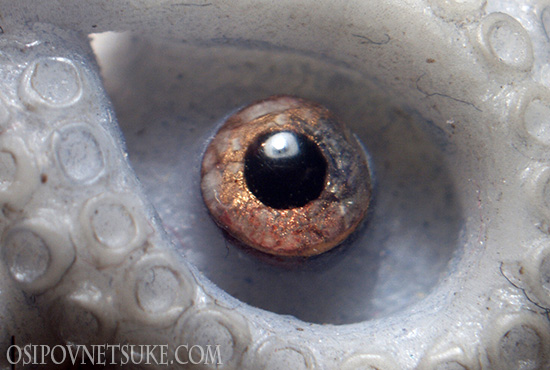 The only octopus living in a shell (females only, to be accurate) is Argonauta. These ocean dwellers have absolutely unusual behavior and life style. Particularly, such a behavior is revealed during the mating season.

Male octopuses are distinguished from females by the presence of a modified third arm. This arm has a groove running along the edge and a leaf-shaped grasping structure at the tip. During mating, the male moves elongated sperm packages, called spermatophores, along the groove to the arm tip. When fertilizing the female, the arm tip is inserted into a cavity in the female's mantle and then detached.

Early scientists thought the broken off male reproductive arm was a separate parasitic creature, because it resembled a worm with two rows of legs-suckers. Famous French paleontologist and anatomist George Cuvier gave it a scientific name Hectocotylus - "the possessor of a hundred suckers". This name continues to be used today for the modified reproductive arm of male cephalopods.

During courtship males of some species use complex postures and skin patterns to put on spectacular displays of color and texture. Often these patterns are only displayed on the side facing the female, while the opposite side of the animal remains camouflaged.

It is truly a remarkable creature!

The Argonauta is carved from a tagua nut of the Tagua palm tree (Phytelephas equatorialis) and is painted. For an extended period of time this piece was kept in hot alkaline solution to remove fats and bleached and painted afterwards. Keep in mind that the nut may obtain a slight creamy coloration with time.

The pattern containing surface micro-cracks emphasizes the natural look of lime shell. Eyes are amber inlaid and "natural" khimatoshi are formed by the tentacles.

The signature is on the bone inset.