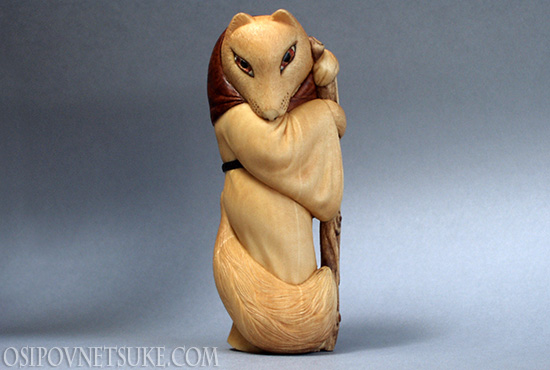 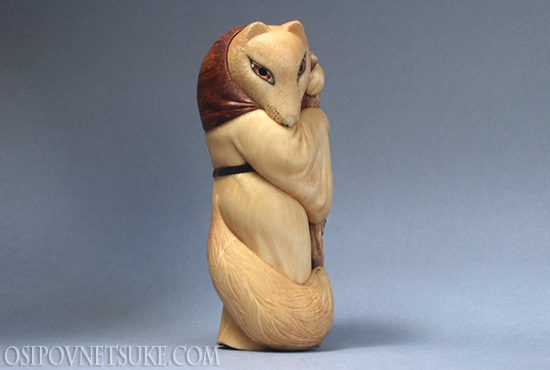 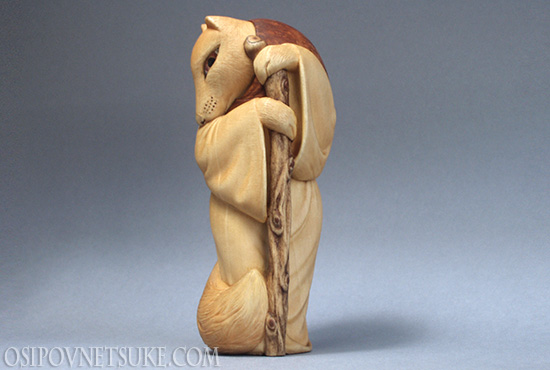 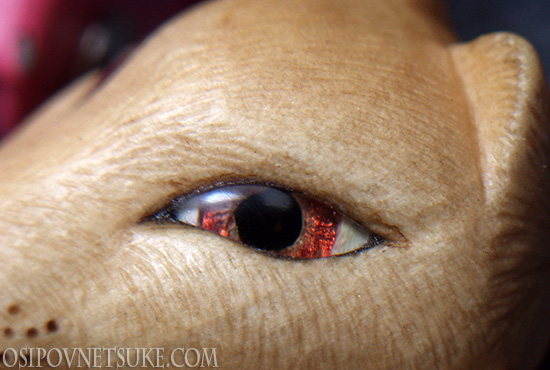 I met a girl in the forest...
Her subtle stride and cunning gaze...
Reminded me of a fox!
S. O.

One of the main characteristics of a fox, known as kitsune in Japanese lore, is its magical power and ability to transform itself into beguiling young women, monks & priests, etc. The kitsune likes to deceive people by creating incredible illusions. Sometimes it enters into a liaison with noble courtiers, warriors, or well-known scholars and artists. Their physical union often results in children with extraordinary abilities, talents and wisdom, and they usually have an exceptional fate. It is also interesting to note that the Latin word for "fox" - "vulpes" - also means "sly, cunning".

I think that the fox in its essence is the embodiment of feminine energy in its original feral manifestation. What woman wouldn't want to possess the fox's magical powers?! What man wouldn't want to have next to him a woman with such qualities?! I even think that every woman possesses such traits somewhere deep inside her spirit. Otherwise what is the origin of this amazing fox persona?

According to some scholarly sources, a kitsune carving of this type alludes to the Kyogen plays "Tsurigitsune" ("The Fishing Fox") and "Kokai" ("The Cry of the Fox"), both originating in the story of a priest of the Eitoku era (1381-1384) who worshipped the rice patron deity Inaba and was protected by the three magic foxes. In the plays, a fox transforms itself into a priest and uses this disguise to warn humans of the dangers of pursuing its fellow animals. On its way back home, it is tempted into eating some bait and is captured.

I carved this netsuke from boxwood (Buxus microphylla). At first I created a raised ukibori pattern on the shawl. Later on, however, I changed my mind and had the shawl completely removed. I then used briar to inlay the shawl, in order to emphasize the color of the fox's eyes and create some contrast. The inlay work was very complicated. Complex curvilinear surfaces needed to be fitted with extreme precision. I had achieved this goal - you can't find a single fissure even under high magnification.

The fox's eyes are inlaid with amber. My signature is incised in an amber reserve on the bottom of the netsuke.