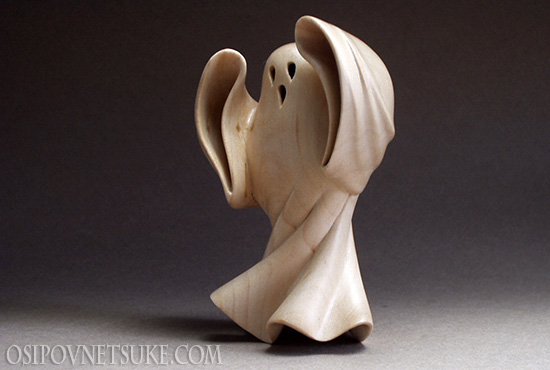 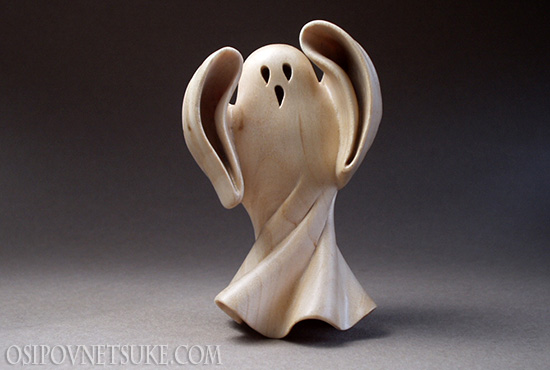 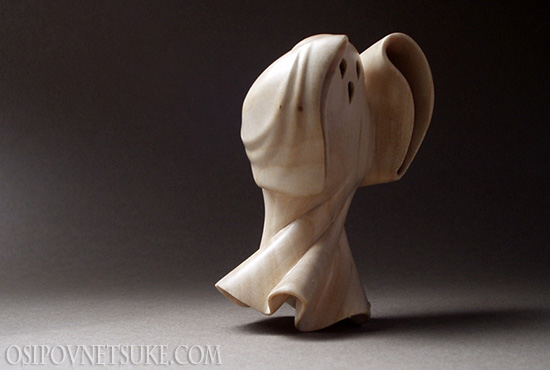 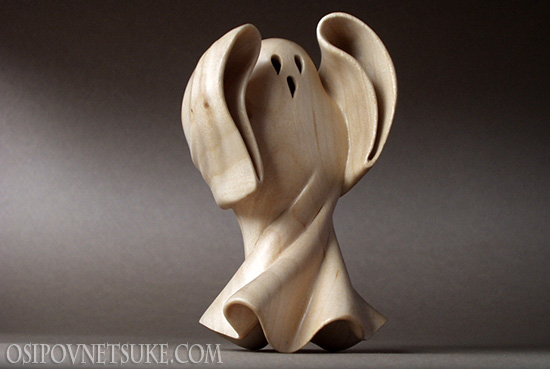 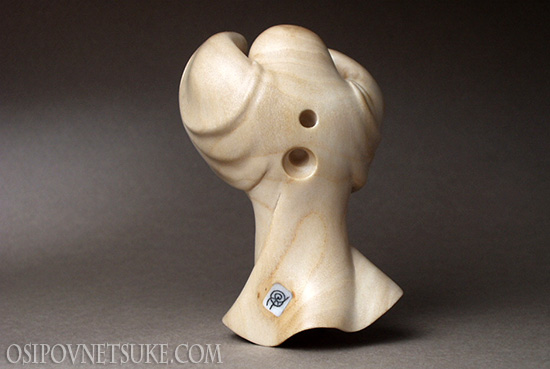 The frightening shadow enveloped me...
But I fearlessly took a glance,
And the shadow has shrunk back!
S. O.

I think the ghosts may only try to scare us. It is enough to show them the fearlessness and any ghost will back off! One just has to bravely look at the ghost for it to disappear.

This netsuke has two postures when in upright position. In first posture the ghost is bent forward with the arms lifted like in an attempt to scare. It is enough to slightly push it or lightly blow at it as the ghost assumes the second posture and now is afraid itself. The ghost jumps back in a fright and scared tries to hide away.

The figurine is carved from cherry wood and bleached. I tried to remove as much material from the inside as possible. Khimatoshi is on the rear side. The signature is at the bottom on a bone insert.