A Vision of Daruma 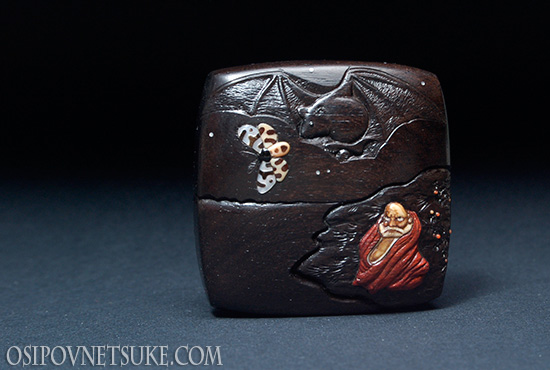 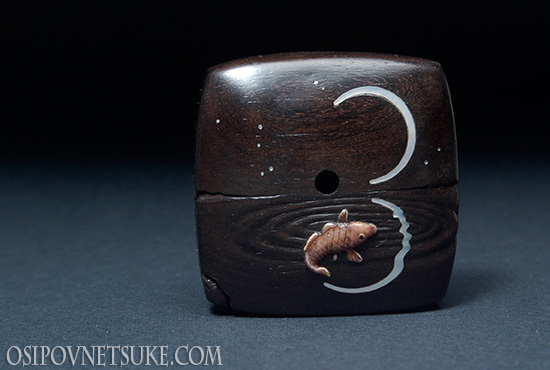 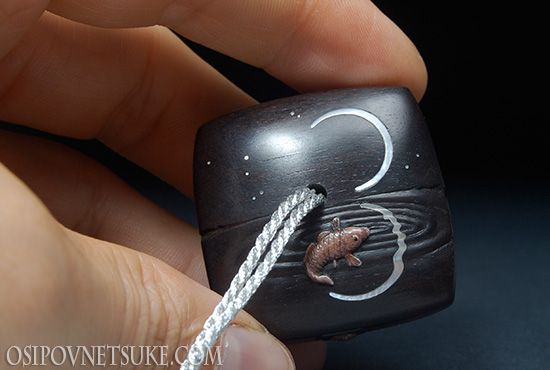 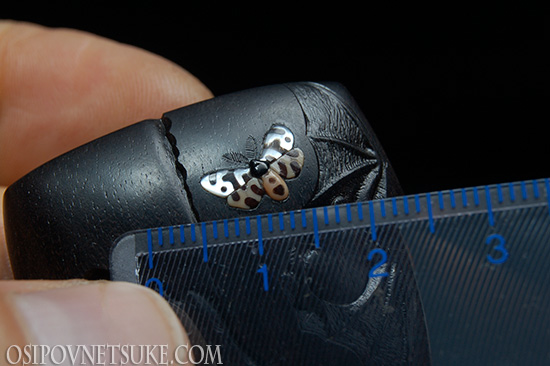 A young carp woke up the mirror surface of the lake by its motion. Reflected -in- water Moon shuddered unwillingly. A night butterfly, once glittered by its wings in the moonlight, attracted Daruma's eye.

Apart from the butterfly, bright stars and the Moon, Daruma could clearly see the Black Shadow, floating in the darkness silently. Daruma knew how this story should end. And do you know it?

We often draw plain conclusions from obvious events and facts. And we often make mistakes. In reality one should be Daruma to know how the story ends.

The Moon and the stars are inlaid by the black oyster's shell. The carp is made from the mammoth tusk and stained. The carp's eye is inlaid from the rapana shell and the eye's pupil made from jet.

The bat's eye is inlaid from jet. And the berries are made from the natural red coral.

Himatoshi as a separate element is carved from the black African black buffalo horn, with the signature on the amber mounting.