Travel on Arrow's Back 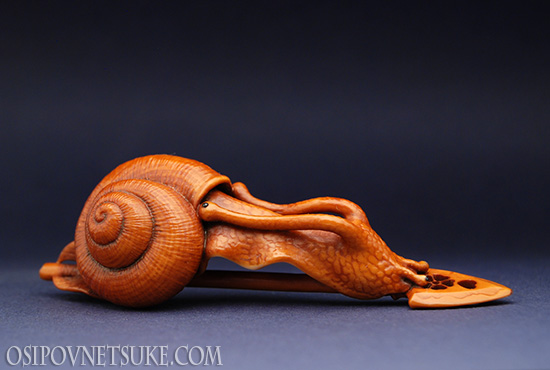 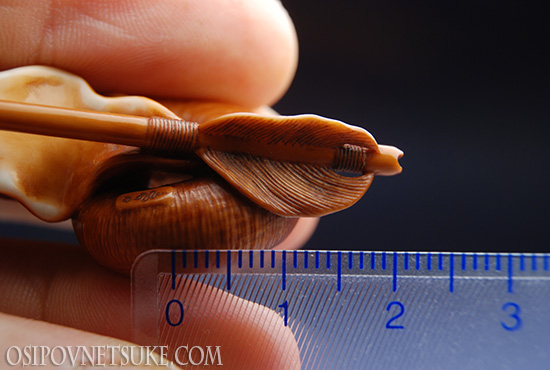 The idea of this netsuke came to me in a somewhat unusual way. Most often I start my work with a good idea in mind or with a visualization of the final work. Sometimes the theme of my work comes to me in my dreams, but this time the wording "travel on arrow's back" unexpectedly sounded in my head. There were no apparent reasons for its appearance among my thoughts. At that very moment my mind wandered elsewhere far detached from the thoughts about netsuke. Apparently, it was another game of subliminal consciousness... But the moment this wording came to my mind, I realized that this is the name for a netsuke! During several minutes following the thought of the name alone, the conception for this netsuke had formed and the visual image was born.

Even if we are successful in many aspects, there are always areas in which we are sluggish like a snail. The arrow symbolizes a rapid reach of the target. In the same way the snail used the arrow, we also may use an opportunity to quickly gain success.

This netsuke is a wish to the owner to effectively utilize given opportunities.