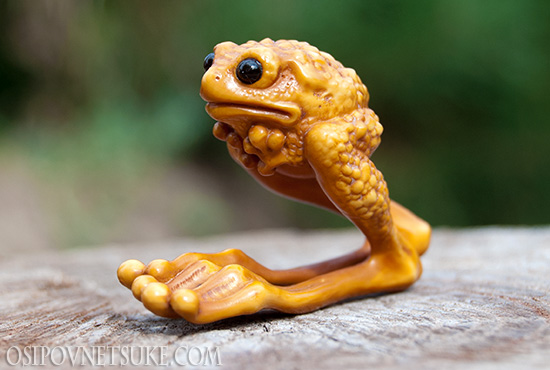 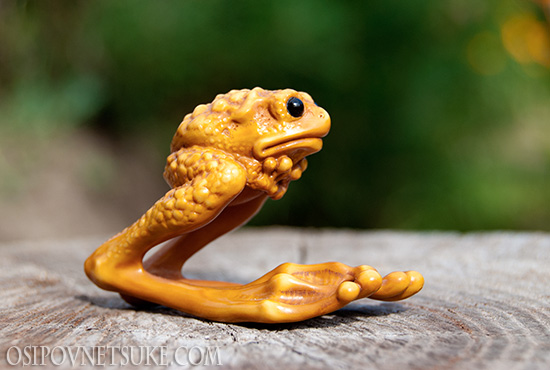 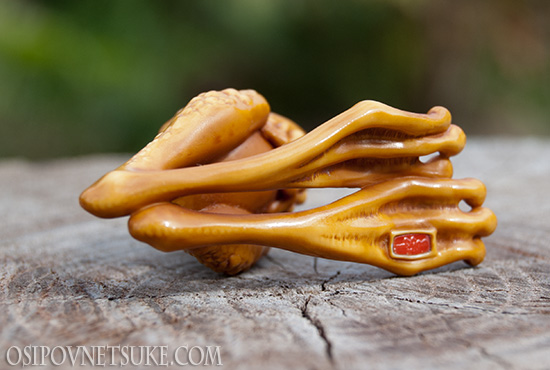 It is a cold morning in the woods. Transparent mist veils tree trunks, distorting the visual perception and making everything around appear unreal, illusory, dreamlike. Tall and dense tree crowns almost completely cover the sky. The twilight always reigns near the hidden forest spring.

I kneeled at the spring with the desire to drink some water. A barely noticeable breeze intricately twirled round colorful autumn leaves on a dark mirror of the water surface. Their unhurried dance entranced me. I could not bring myself to disturb this dance; I just sat there and watched...

Suddenly my side vision registered a strange movement. I turned my head and in awe gaped at what initially looked like an ordinary leaf. Among the tree leaves a tiny frog was unhurriedly sliding over the water's surface. The frog resembled the reddish autumn foliage, and so was not immediately visible. Large dark eyes gave the frog's face a serious and serene expression. The frog had incredibly long hind legs, which she used not to swim like regular frogs do, but surprisingly, to slide over water's surface, as do people on water skis or surf boards. My amazement did not prevent the frog from deftly maneuvering among the leaves, making its way to the opposite bank of the spring. The thought came to my mind at that moment that the frog was probably so small and light-weight that the surface tension of the water prevented it from sinking under. Right at the other bank the frog stopped for a moment and looked at me thoughtfully before quickly jumping into the dense scrub.

For some time I looked in awe in the direction the frog disappeared to, trying to comprehend my encounter with the unusual frog I just observed. Suddenly a cold wind blew over and something soft touched my face. At that moment I woke up and with difficulty, opened my eyes... It was the crack of dawn. The flow of cool air from the window swung the curtain, which tickled my cheek. What I had just observed in the forest seemed absolutely real, not dream-like. Very quickly I pulled out the paper and pencil and as accurately as possible tried to sketch the unusual frog. The same day, I selected a suitable piece of mammoth tusk and began carving this netsuke.

Yakut mammoth tusk. The eyes are inlayed with bekko. The signature is on the insert made of Mediterranean coral from the shores of Tunis.