A Touch of Destiny 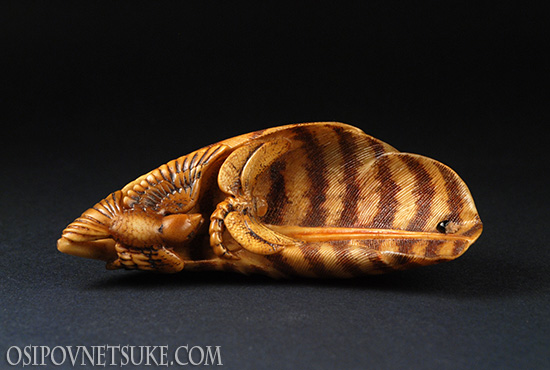 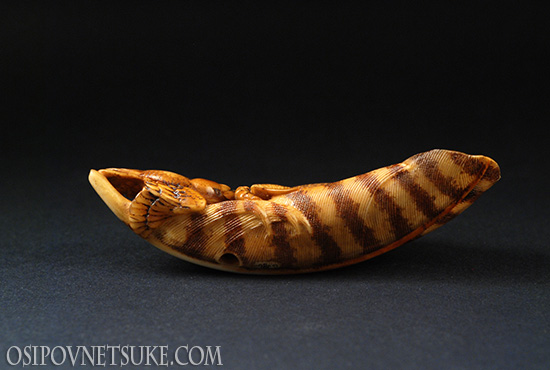 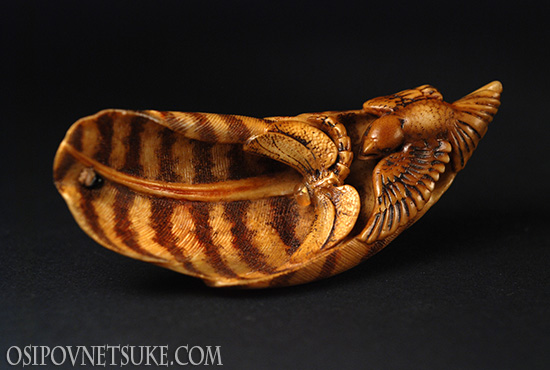 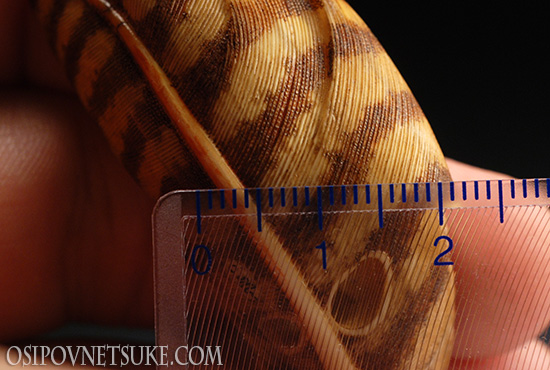 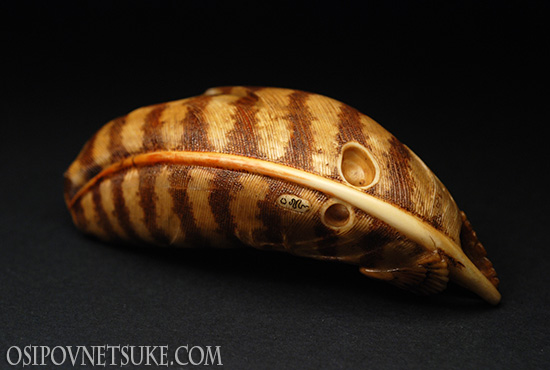 The sparrow chases the dragonfly, the dragonfly hunts the bug, the bug eats the feather of the hawk hunting after the sparrow. Each of the situations bears a piece of destiny. And who knows the end? The touch of destiny - now it tries our consciousness and resolution creating challenges, then it lets us relax and gain strength. Challenge goes after relaxation and over again like light and dark strips on the feathers of the bird of prey.

This is the fourth netsuke carved out of five tusks of a Thai wild boar. I wanted to carve a plant, an insect, a fish, a bird and a mammal. So what I carved out was the Taro Leaf, the Night Moth, the Salmon Head and the Touch of Destiny netsuke. Now there is only one fang left spare.

The item is stained with yasha. Pyrography was used here. The dragonfly's head is encrusted with honey horn. The item is signed.