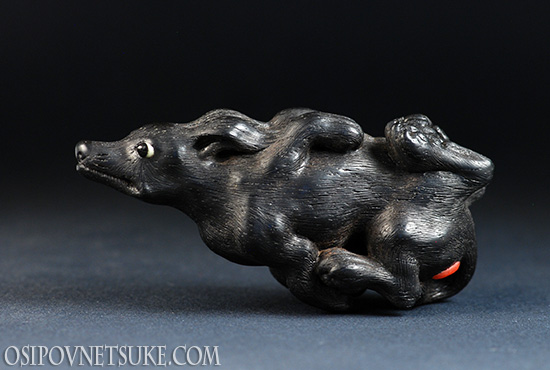 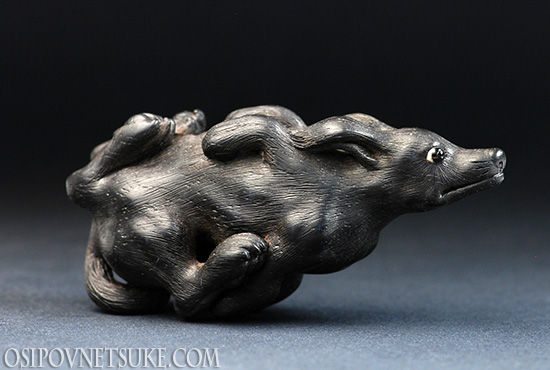 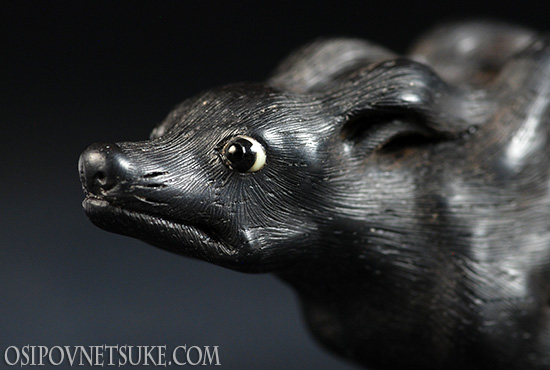 I had a dream that took me to my favourite places in the woods and on my way back to the car that I had left on the side of the road I noticed a small black dog running past. When I looked closer, I realized that it had spare paws on its back.

The dream was so fascinating that it inspired me to carve a netsuke. As material for the figurine I picked African blackwood. The eyes have a triple inlay, thus the whites are made of warthog tusk, the irises are carved from buffalo horn and the pupils are inlayed with jet stone. A red coral insert bears the carver´s signature.

I was very happy with the idea and with how the netsuke turned out. I thought that the idea was quite original until I came across a Baron Munchhausen story about an eight-legged hare that I had undoubtedly read when I was a child.

This netsuke is sort of a lucky charm to bring its owner double power to fulfill all plans.