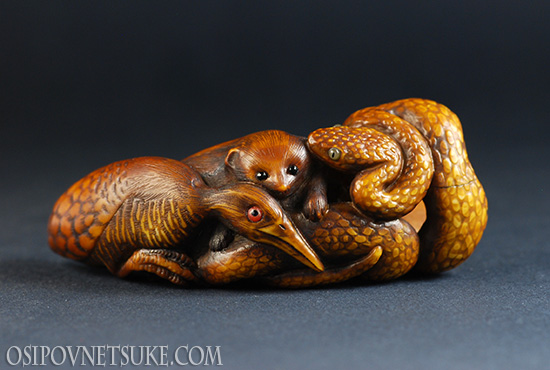 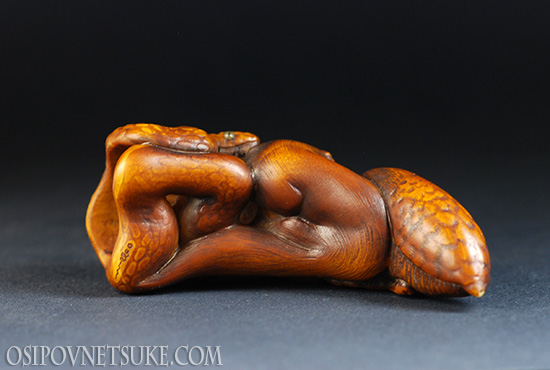 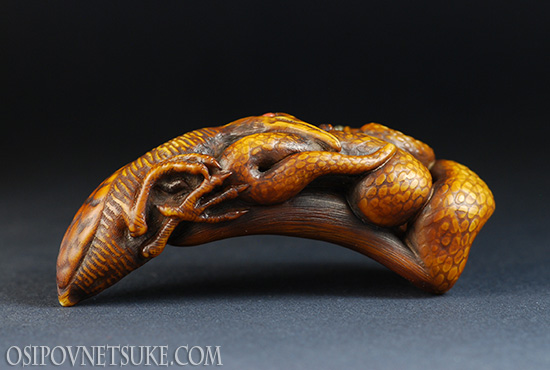 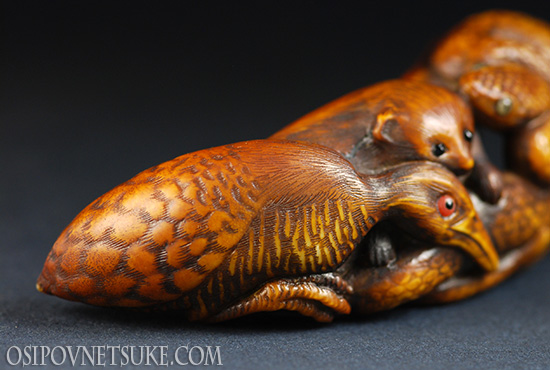 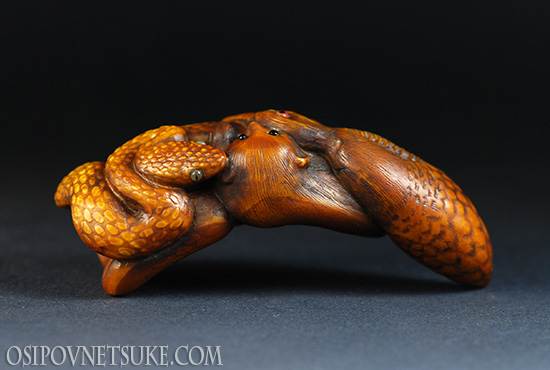 This is a first version of Okinawan Story Netsuke. You can observe second version here.

The Indian mongoose was introduced to the Japanese island of Okinawa in 1910 in an attempt to curb the out of control population of habu, a venomous snake.However the experiment failed as the diurnal mongoose and the nocturnal habu did not cross paths. The mongoose had to eat something, so they started hunting other small animals living on the island including terricole birds, especially the endemic species called Okinawan Rail (Gallirallus okinawae).

The netsuke is carved from one of the five wild boar tusks that I received from Thailand. This is the final netsuke in the series. I did my best to fit all the characters I decided to unite, an Okinawan Rail, a mongoose and a habu, following the tusk´s natural curve.

The netsuke is stained with yashabushi with a follow-up of sumi ink darkening. The bird´s eyes are made of red coral and jet stone. The mongoose´s eyes are inlayed with jet stone while the snake´s eyes are carved from amber.