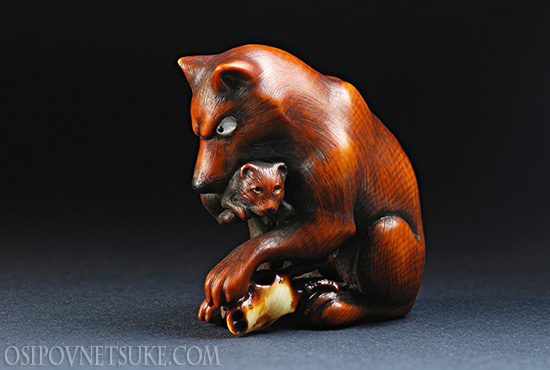 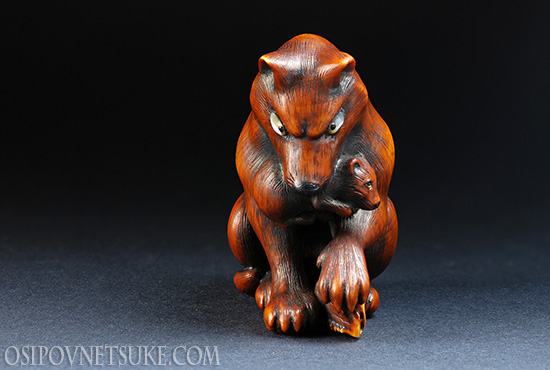 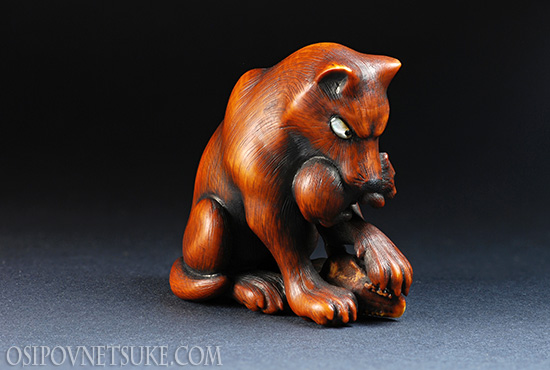 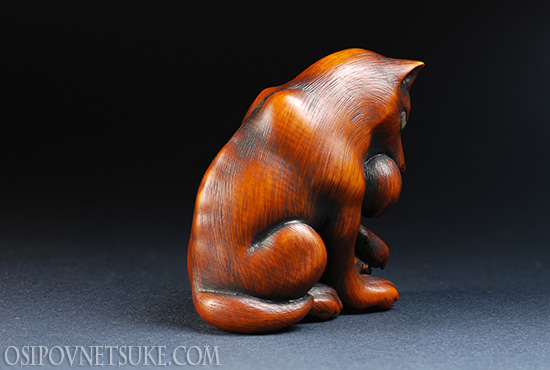 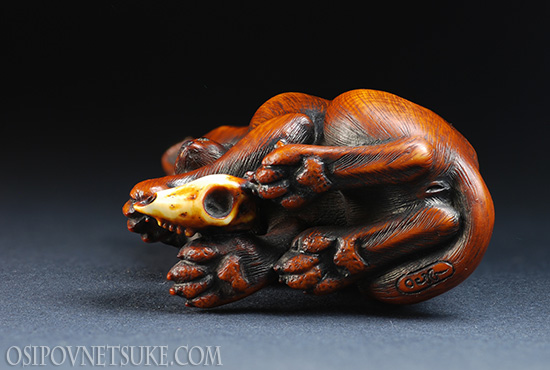 The theme for this netsuke was suggested to me by Her Imperial Highness Princess Hisako Takamado.

It portrays a wolf holding her cub in her teeth. Her front paw is placed on a deer´s skull, which symbolizes wealth.

The netsuke is carved from mammoth tusk and stained with yashabushi ink. The eyes are inlayed with mother-of-pearl and the pupils are made of jet stone.

I later carved another netsuke under a corresponding theme called Motherhood 2.