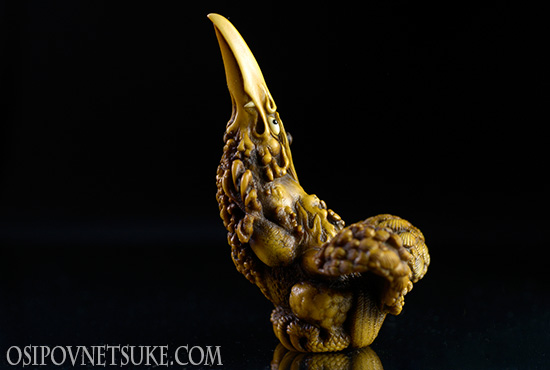 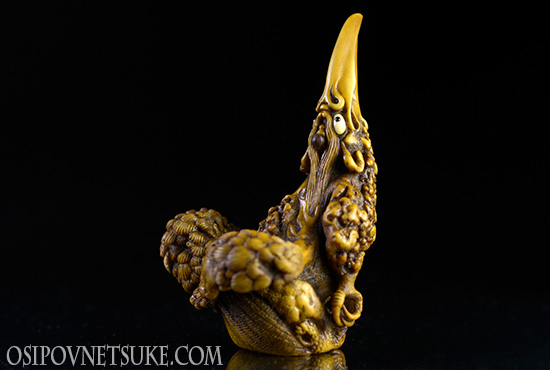 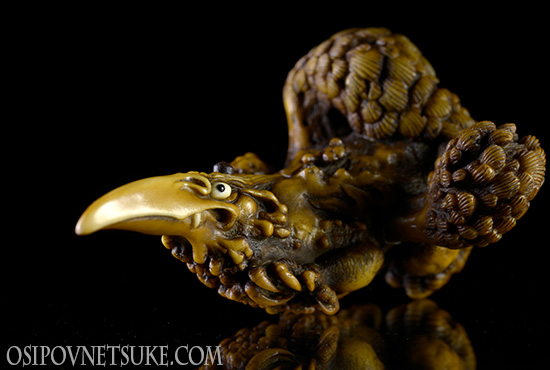 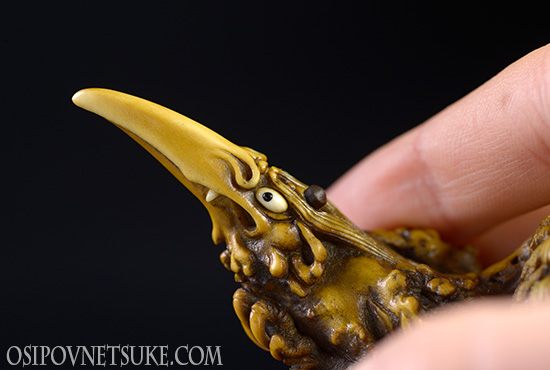 This netsuke belongs to the set of three pieces: Kirin, Baku, and Shishi. Initially I named this set Kiribasi, but now, with completion of Tengu, it could be named Kiribasite. As with previous netsuke, I used fallow deer antler and applied my favorite flowing brooks technique, when master completely follows the material and where outcome is determined not by carver´s idea but the desire and the inner content of the material itself.

I truly lost myself in time. I had no feeling of work being performed. I rather perceive myself as a stranger who has an opportunity to observe the gradual process of Tengu appearing from an antler. Fallow deer antler covered with yasha. Natural himatoshi are formed by the wings. Eyes are inlayed with jet and mammoth task. No signature.