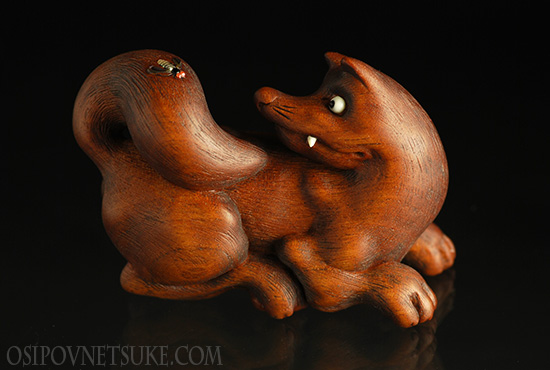 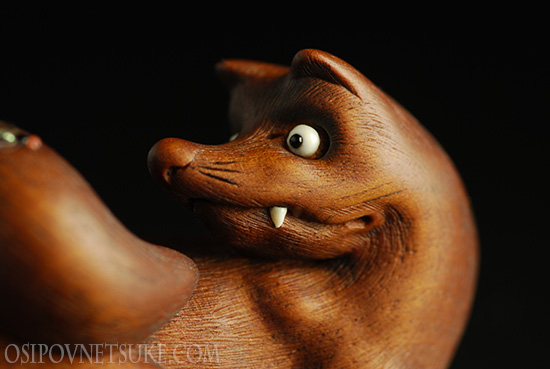 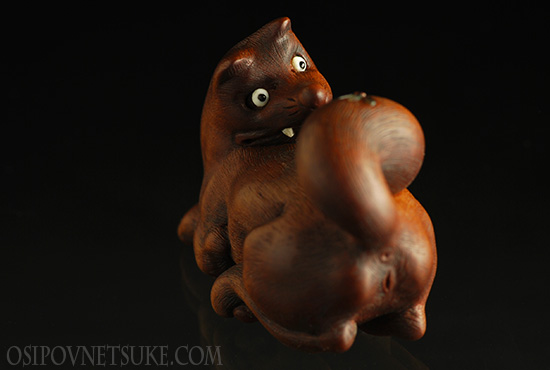 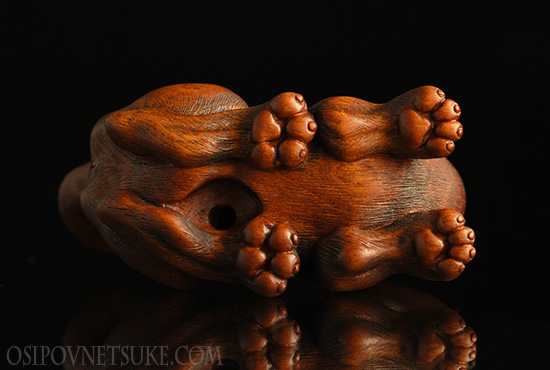 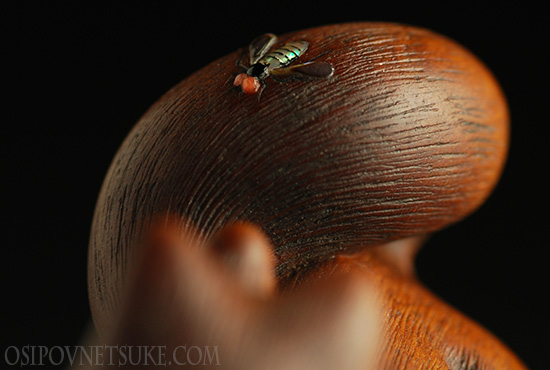 In the netsuke I´ve tried to express the emotions of fox and stress of a moment. It is exactly the instant, when the fly set on its tail and on noticing it the fox is just about to rush in order to rattle the meddlesome insect.

Red tree from the Las Vegas Mountains was used for this netsuke.

The fly is inlaid with several kinds of mother-of-pearl, red Mediterranean coral, and jet. The fox´s eyes were made of mammoth tusk with the pupils of jet.