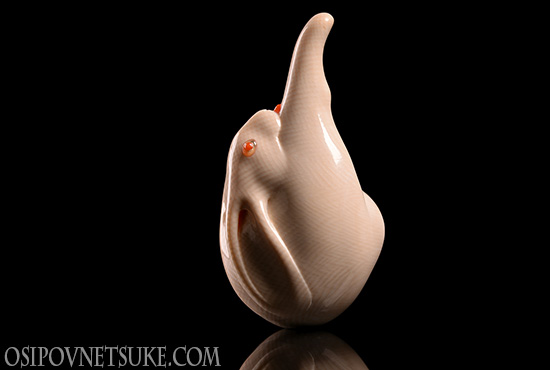 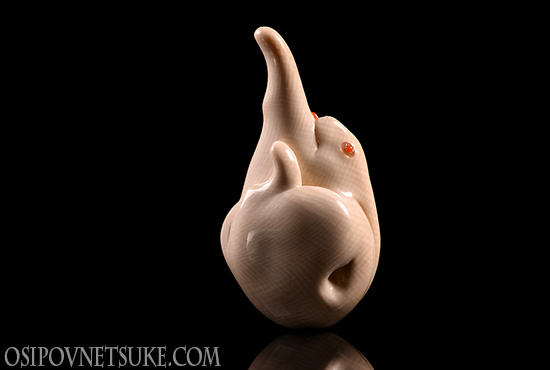 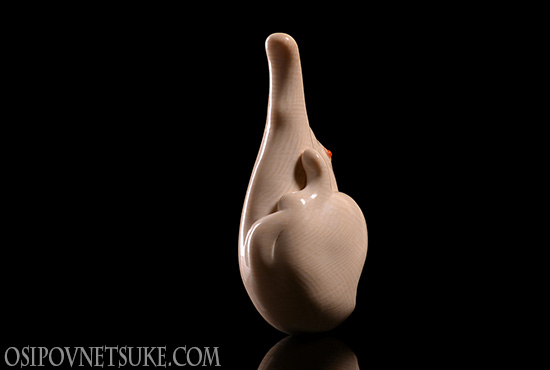 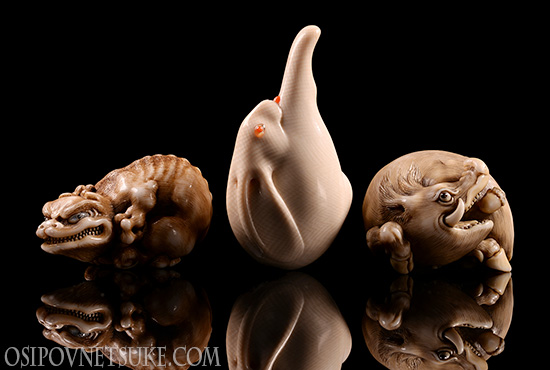 It is the second version of Lick-lick Rabbit. The first one could be seen here.

This netsuke is to some extent abstract. There is no special idea, simply fine shape. The people who have seen the netsuke before say that it evokes impression both of rabbit and of cat. Probably, not in vain the eastern horoscope represents cat and rabbit as the symbols of the same year.

The netsuke is carved of mammoth tusk. The eyes are inlaid with sea shell; the pupils and tongue are made of red Mediterranean coral.