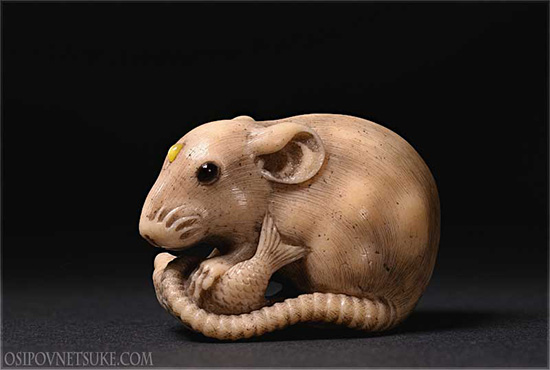 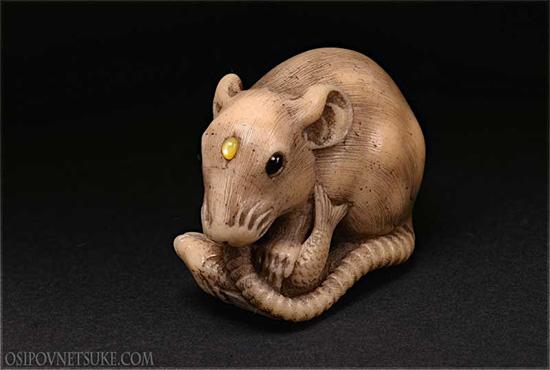 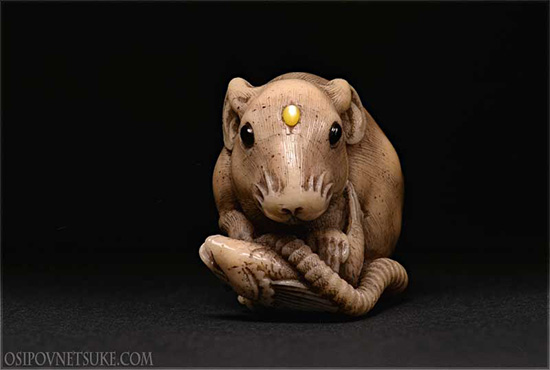 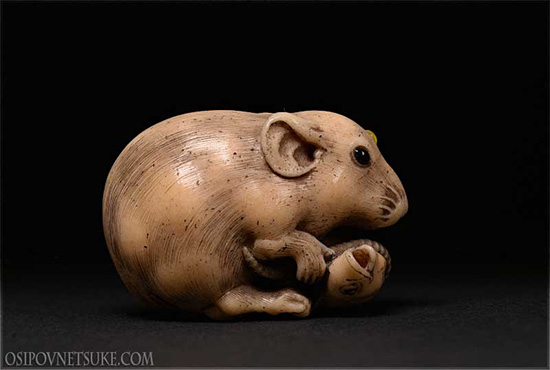 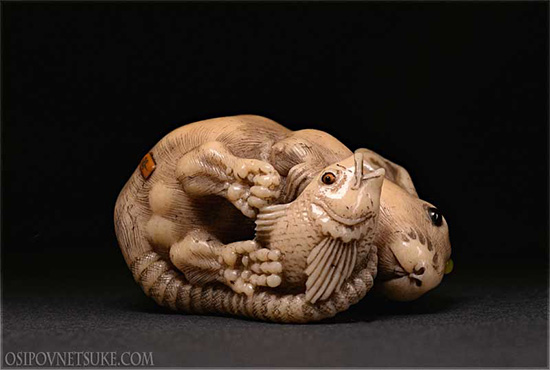 According to legend the Rat jumped from the Bull´s back and quickly run ahead and stood the first in front of Buddha. She was awarded for the skill to use the chance and has become the first out of the twelve animals in the zodiac cycle.

The Rat is shown to have caught a fish. In oriental mythology fish symbolizes abundance, wealth, fertility, and harmony.

As well, the Rat has the third eye. Traditionally the name "third eye" was given to one of the energy centers, wisdom eye, "all-seeing eye", due to which the ability to conceive hidden from usual sight.

The netsuke is carved of an extremely rare material - rib of extinct Steller´s sea cow inhabited near the shore of the Commander Islands.

The Rat is the first work out of the twelve animals of the oriental horoscope series to be carved of this precious material. Inlay is made of mother-of-pearl, apricot pit, jet, mammoth tusk, and Japanese bekko shell.