Monk with a Caught Crow 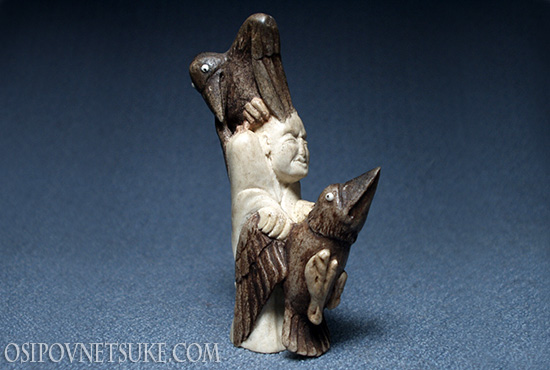 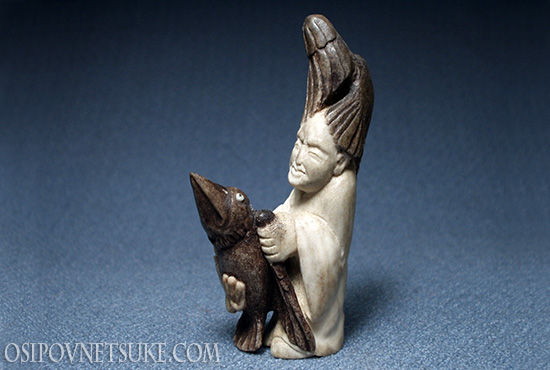 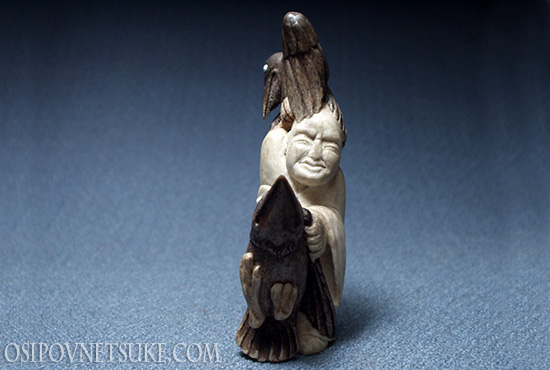 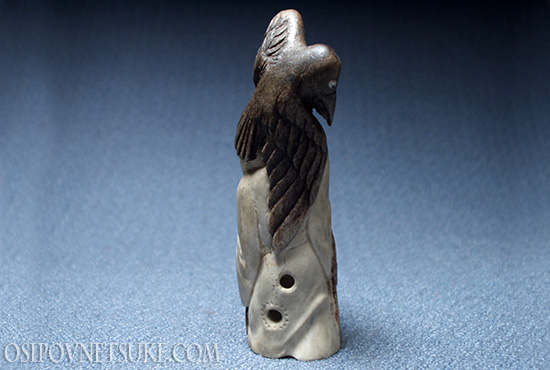 There is quiet happiness in my heart...
There is no unfinished business
In my life.
S. O.

After a light meal, a monk laid down to rest and fell asleep. The crow noticed that the monk was asleep, it came closer and started pecking on the monk's food. Waking up and observing that the crow stole his food, the monk caught the crow, but another crow came to help his friend... As a result, the monk was left without his food and without his rest.

Maybe we sometimes should be a little more provident? Then we would not have to solve that many problems. We'll simply avoid them!

This netsuke I carved from the tip of a deer's antler. With careful observation one can notice three shoots of an antler. I had to insert the image into a very restricted space, limited by the antler's form. I think I succeeded.