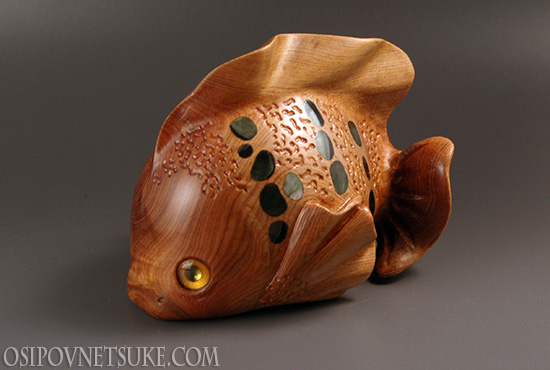 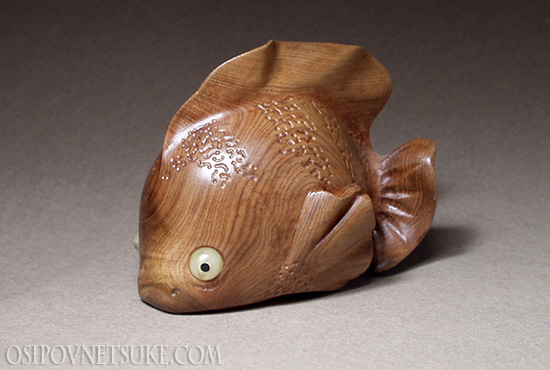 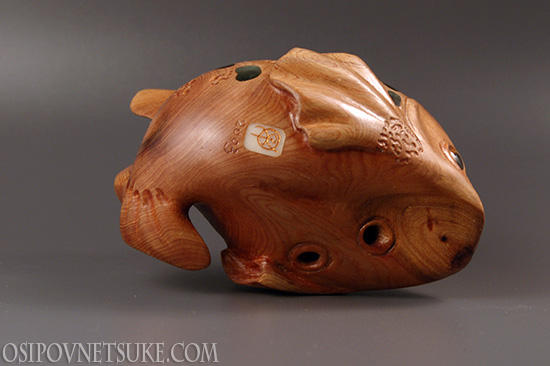 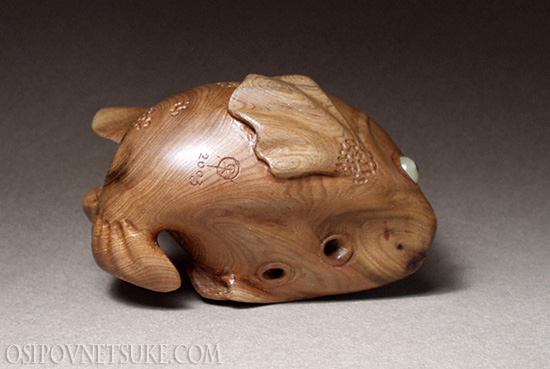 Water particles covered me...
That's in the middle of a pond
Old carp plays in the sun...
S. O.

The red porgy or sea bream, Chrysophrys (Pagrus) major, known in Japan as the tai or madai (lit. "genuine tai"), the leading species of the Sparidae family, is considered as the king of fish in Japan because of their beautiful shape and color. Tai is only available in Japan, and the fish that most foreign people associate with tai is porgy or red snapper. During the Edo Period, tai was one of the most highly prized seafoods presented as gifts to the Shigun.

Since tai rhymes with the word medetai ("fortunate, auspicious"), it is regarded as a good luck fish in Japan. Japanese are particularly fond of specific foods on auspicious occasions because of certain fortuitous plays on words, or the association of a name with words related to good fortune. Also the Japanese consider red, or aka, as an auspicious color, therefore it is often served at weddings and other happy occasions.

Tai, thus a symbol of wealth and prosperity, also signifies high quality; it is the elite fish of the well-known proverb, Kusatte mo tai (lit. "even if a tai is rotten", i.e. "even a rotten tai is worthwhile", or "tai is still tai even if it's rotten") is a saying to indicate that a great person retains some of their worth no matter how his/her status or situation changes.

Tai is a symbol of a great luck, a reward for an inner purity. Catching tai requires an enormous effort, but the person who captures it finds the highest wisdom. The outcome is thus worthy of the effort. Wisdom, perhaps, is the greatest achievement of humans on this planet.

The netsuke is carved from Crimean juniper (Juniperus excelsa Bieb.) and polished to bring out the wood's natural beauty. When I work with juniper the entire house is filled with its heady smell. The shine is reached by a very thorough sanding and polishing of the wood; since I used no varnish the juniper smell is very obvious. The eyes are inlayed with translucent yellow Baltic amber. Individual scales are inlaid with scales of mother-of-pearl derived from black-lip pearl oyster (Pinctada margaritifera). The signature is engraved on a sliver of the tusk of an African warthog (Phacochoerus africanus).