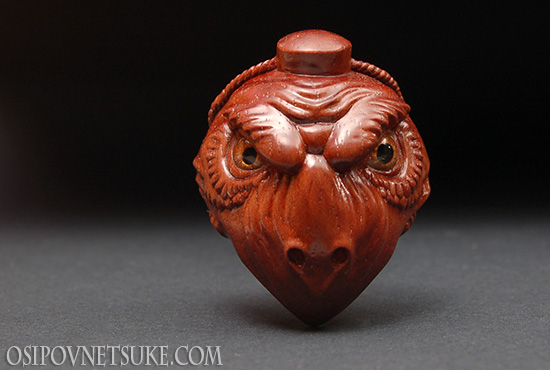 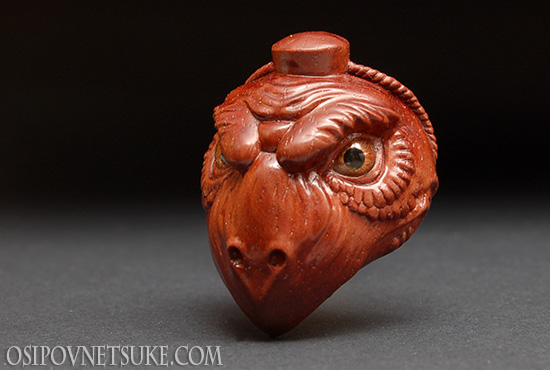 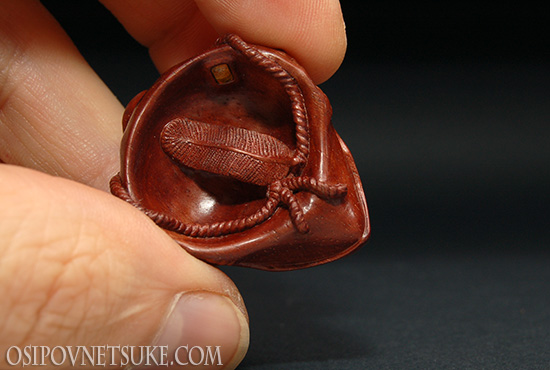 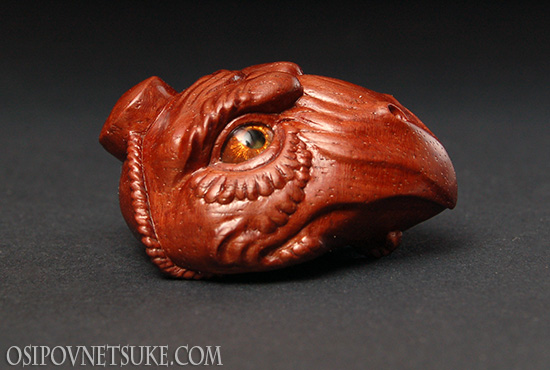 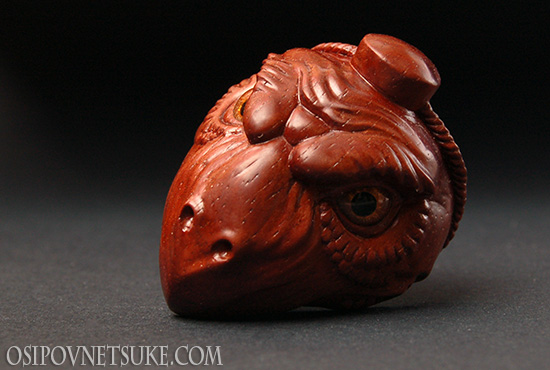 Tengu are mountain and forest goblins with both Shinto and Buddhist attributes. Their supernatural powers include shape-shifting into human or animal forms, the ability to speak to humans without moving their mouth, the magic of moving instantly from place to place without using their wings, and the sorcery to appear uninvited in the dreams of the living.

The patron of martial arts, the bird-like Tengu is a skilled warrior and mischief maker, especially prone to playing tricks on arrogant and vainglorious Buddhist priests, and to punishing those who willfully misuse knowledge and authority to gain fame or position. In bygone days, they also inflicted their punishments on vain and arrogant samurai warriors. They dislike braggarts, and those who corrupt the Dharma (Buddhist Law).

The mask is carved from pink wood which possesses deep rich coloration.

The eyes are inlayed with Baltic amber.

My signature is on the opposite side, engraved in an amber reserve. Himatoshi are created by feather.